Sniffing out a longer life 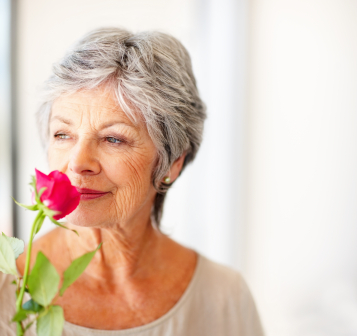 If you want to know how long you’ll live, your nose might help you sniff out the answer, a new study suggests.

In a study of older adults, researchers have found a link between the inability to identify certain scents— like peppermint or fish — and an increased risk of mortality over the next five years. Known as “olfactory dysfunction,” the loss of smell is an even stronger predictor of when a person will likely die than conditions such as heart failure, cancer or lung disease, according to researchers at the University of Chicago.

“We think loss of the sense of smell is like the canary in the coal mine,” lead author Dr. Jayant Pinto, an associate professor of surgery at the University of Chicago, said in a statement. “It doesn’t directly cause death, but it’s a harbinger — an early warning that something has gone badly wrong, that damage has been done.”

Five years after this initial smell test, the researchers confirmed which of the study participants were still alive. They found that 430 of the original smellers (12.5 percent) had passed away, including 39 percent of those who had shown significant loss of smelling power five years earlier (i.e., they had identified none or only one of the test scents). Nineteen percent of the participants who had exhibited moderate smell loss five years prior were among those who died. However, just 10 percent of those who aced their smell tests died within the five-year period, the study found.

“Obviously, people don’t die just because their olfactory system is damaged,” Martha McClintock, co-author of the study and a professor of psychology at the University of Chicago, said in a statement. However, a decreased ability to smell may signal what McClintock called a “decrease in the body’s ability to rebuild key components that are declining with age,” leading to death by other causes.

Olfactory dysfunction, as McClintock noted, could be a sign of slowed cellular regeneration. Or, it could be the result of years of toxic environmental exposures, the researchers said.