Why does college cost so much? Read on.

Get this: the UC Davis Chancellor is a 1% percenter. 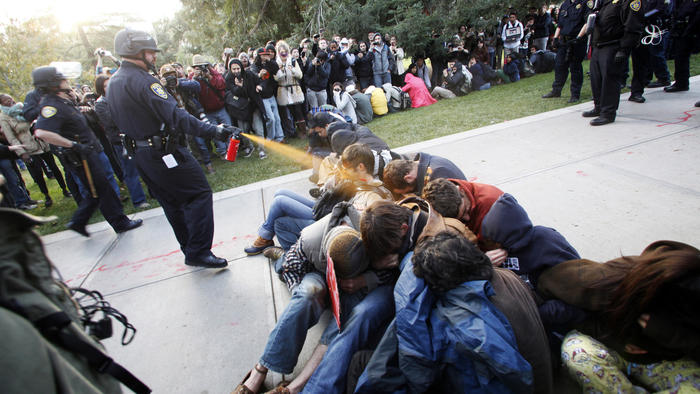 In 2011, a group of loudmouth “Occupy Wall Street” twerps refused to clear a sidewalk on the UC Davis campus. So a campus cop gassed them with pepper spray. This was blown in a big deal as the photo went viral.

She has since apologized, blah blah blah. To date, no students have occupied her offices, although getting gouged on tuition and overpriced textbooks provides every reason to do so.

Katehi’s tenure, the university increased its communications budget by $1.6 million, including $800,000 allocated for new and existing employees to work on social media, Web development, videography and news. The school also paid $1 million for a statewide advertising campaign highlighting its contributions to California agriculture, she said.

One final note: the campus cop who did the spraying lost his job, but not before collecting $38,055 in workers’ compensation after claiming he suffered depression and anxiety as a result of the public outcry.